The Soo to Raco trail was groomed Tuesday June 20, 2017. Mike Jarosz spent 9 hours in the tractor doing his best to make the trail smooth. You should notice a major difference. We are aware that some of the real sandy sections like 20th Street to 5 Mile will not hold the groom for very long. But overall, the trail should be in pretty good shape. We’ll try to get it groomed again when it starts to deteriorate. If you have any contact with anyone from the Sault Snowmobile Association, please thank them for their donation of the grooming drag last year. And if you know anyone from Smither’s Rapra test facility out at Raco, make sure to thank them for the loan of their tractor. Without both of them, this wouldn’t have been possible.

And if you ride out west of Raco, I think you’ll find that some grooming has been done out in that area as well. 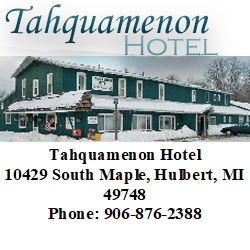